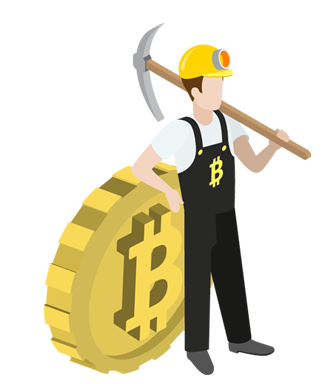 again and, among the big ones, it goes up over 1%, while as far as the altcoins are concerned, only Eos (EOS), which gains 3.5%, and Monero (XMR), which goes up 3%, are doing better.
Monero is among the top 30 and together with Iota (IOTA) is the only one in the ranking that has a positive balance on a weekly basis from last Friday’s levels. Monero in fact gains 1%, Iota 13%.
All the others, including Bitcoin, are in negative territory but we must remember that during the end of last week the highs of the last three months were recorded, so this figure will have to be better evaluated at the beginning of next week.

It will be important in the next few hours also because of the adjustments that are taking place on the Bitcoin network to understand what the implications may be on the other networks, in particular the main ones.

Eyes focused today on the evolution of Ripple (XRP), which from the lows of mid-March marks an increase of over 60% of the price. Ripple, however, continues to give clear signs of fatigue in maintaining an upward trend. This weakness has put it in serious difficulty in the last few hours with regard to Tether, which is about to conquer the third position in the ranking by capitalization. In fact, there are still just over $50 million of difference between the two.

Source: COIN360.com
Ripple, in these last 48 hours, oscillates around the threshold of 20 cents of a dollar, a threshold still far from the highs at the end of April, when after more than a month it had gone beyond 0.23 dollars in value.
The trading volumes of the entire sector in the last 24 hours recover about 20% from Wednesday’s volumes.
Volumes on Bitcoin are rising again after a slight slowdown in the days following the halving. Yesterday, trading volumes on the main exchanges exceeded $2.5 billion in value, scoring the 16th consecutive day with volumes above $1 billion.
Such a long consecutive streak is equal to the previous one, which for three consecutive weeks since the beginning of March has exceeded trading volumes by more than one billion dollars, with price levels similar to those recorded in this last period. It must be said that in March the price plunged from $9,000 to $4,000 while in recent days the price of BTC seems stable above $8,000.
This peak of volumes on Bitcoin is also reflecting on the feelings of traders that rises above 45 on the fear and greed index, after a decline in recent days with respect to the peak that was recorded a few hours before the halving, exactly on May 9th, at 56 points, the highest level not recorded since mid-February.

Bitcoin chart by Tradingview
The market cap is back above 260 billion dollars, strengthening the dominance of Bitcoin which rises to 67.5%. Ethereum manages to drain the strength of Bitcoin and to resist, maintaining 8.5%, the levels of yesterday. Ripple at 3.4%, the lowest levels of 2017.

Bitcoin remains within the bullish channel started in mid-March and has seen three times test the lower neckline that was violated for a few hours at the end of April and at the beginning of the week, a week that Bitcoin is going to end upward with prices that must not collapse under $8,700 during the weekend.
A bullish streak returns after a slowdown recorded in the first week of May that broke the positive seven-week upward streak that Bitcoin has been recording since mid-March lows. Such a long series hadn’t exactly been recorded since April-May 2019.
It is important for Bitcoin to not fall below $8,900 over the weekend. In case of a downturn below these levels, it is crucial to keep prices within the bullish channel with the neckline that in these hours passes just over $8,300.

After regaining the $200, it tries to consolidate prices above this level, which in these hours delimits the neckline of the bullish channel violated downwards with the sinking below $190 last Tuesday.
For Ethereum, it is necessary not to return below $185. The bull’s attention would return with a push above $215.