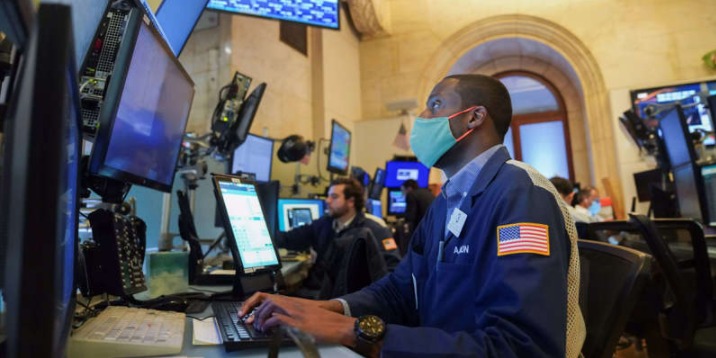 US stocks gained on Wednesday after the S&P 500 dropped into correction territory in Tuesday's session as investors assess the latest developments in the Ukraine-Russia crisis.

Russian President Vladimir Putin ordered troops into eastern Ukraine Tuesday, with the US and UK responding with retaliatory sanctions. The European Union agreed to impose its own sanctions, though all 27 members states must vote before they can be implemented.

President Biden said the move by Russia marked the beginning of an invasion, and Ukraine is set to declare a state of emergency, urging 3 million citizens currently in Russia to leave the country.

Here's where US indexes stood as the market opened at 9:30 a.m. on Wednesday:

Wedbush warned that tech investors should remain cautious over cybersecurity attacks from Russia in response to the West's sanctions.

In crypto, FTX's Sam Bankman-Fried said cryptocurrency adoption by institutions is more of a trickle than a deluge due to the slow pace of regulation.

Elsewhere, Cathie Wood unloaded 11.7 million shares of Palantir in a post-earnings selling spree, marking Ark ETF's third sale of the stock in less than a week.

Despite the threat of war in Europe, the outlook among some prominent Wall Street analysts remains calm. Morgan Stanley's Mike Wilson said markets have already priced in "a lot of the bad news," and JPMorgan said investors should ignore downbeat stock predictions.

Oil prices dipped slightly but remain high as conflict in Ukraine sparks fears of disruptions to supply. West Texas Intermediate crude was down 0.2% to $91.65 per barrel, while Brent crude, the international benchmark, slipped 0.17% to $96.69 per barrel.